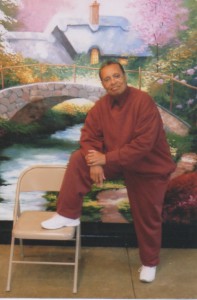 Letter from Marie “Mechie” Scott in July of 2014

What’s one thing that you think people would be surprised to know about you.

That I’m the first female to have written a bill that was sponsored by five senators in its original version. It called on several state agencies to conduct a study of the problems and needs of children whose parent(s) are incarcerated. It later became Senate Resolution 71. Out of that experience, I’ve published several articles on the subject. I’m the editor of C.O.P.I.N.G. newsletter (Children of Parent Inmates Needing Guidance). And I’m in a book, coauthored by a very close friend of mine, Howard Zehr, on the subject of children of incarcerated parents.

What’s one thing that you think the public needs to know about either life sentences or the individuals who have been sentenced to life sentences?

Back in the early 70’s there were less than 10 life-sentenced women in the state of Pennsylvania. Since Muncy was the only prison at that time that housed women, (125 women in 1973), in an open campus, women serving life-sentences received a raw deal with escape charges. There was one cottage that housed men serving life-sentences back then. They were told before they got here, that their commutation was all but signed, sealed and delivered, provided they do a couple of years here at Muncy to help out with the hard jobs that they “assumed” women couldn’t handle. So there was absolutely no need for them to even think about walking off the grounds. We were “kids”, being sentenced to life and told that we were to remain here and not walk away! Despite the fact that girls and women were sneaking off the campus every weekend, and going into Muncy to buy wine, and then they’d sneak back onto the campus! We had men who’d come in from their homes in the street, who would sneak on the campus, open the bars off the windows and stay the entire weekend with their girlfriends who were serving time! They’d bring in the drugs and-whatever else they wanted.

No one told us that if we stayed in a men’s prison for a few years, that our commutation was all but signed, sealed and delivered! It wasn’t fair. Now here we sit with all of these escape charges. Clean records but the escape charges are the main reason why none of us can even get a hearing. Sharon Wiggins, my sister soldier, was here over 45 years. Exemplary record. And three escapes. Now she’s dead! All of us who have that kind of time in have escapes, and those escapes shouldn’t have never been put on us. It’s just something illegal about what they did to us and we continue to suffer behind. You just can’t tell a 14 year old child that she has to spend the rest of her natural life in Muncy as she watches everyone around her leave and leave the door open (no fence) and tell her not to ever try to leave. That’s the illegal part of all that has happened to the women serving life back then before the fence. There’s also never been a woman whose life sentence was commuted before 1990 who ever returned to prison for any crime. I say before “l990” because there has never been a woman to make commutation after 1990.

I don’t think it will end. At least, not during the era of those who are concerned about it or those who’ve been sentenced by it. Now if the democrats take over the Senate in November, and President Obama was to make life with and life without parole mandatory for every state’s use due to the fact that there will always be different circumstances in each state, then yes.0r if he were to ban all states from having life without parole and force all states to implement more restorative justice practices in each state’s criminal justice system, then yes. However, we know that won’t happen by a president who favors the death penalty for the raping of a child whether the child dies or not – a decision that was totally against, the United State’s Supreme Court in its decision to rule unconstitutional the death penalty for non-homicides! There’s a very young girl on death row now who I’m told wants to be executed. I’m checking into the information at present, but I’ m told that she doesn’t want the “other death penalty” – Life-Without-Parole! I know that if I were to get a new trial after working on my 42nd year of doing life, I’d tell my attorney to work it out that if I’m found guilty, to give me the death sentence! I too would not want to spend the rest of my life in here.

What are some of the strategies, tactics or practices that you and people you know use to support one another and to challenge the conditions /realities that you experience?

Forty years ago, we’d stage sit-ins and hunger strikes. We had the one element that made such practices possible; UNITY. When the system found a way to destroy that by giving me 180 days for a misconduct and giving my comrade 30 days for the same misconduct, we were tactfully pitted against one another, and despite our announcements of how the system was using the divide and conquer method, no one believed us. Today, a female will tell on you simply because she’s suffering from the disease of codependency and just needing to be patted on the head. In the 80’s, we resorted to class action suits. I was a part of the Beehler vs. Jeffees civil action which brought non-traditional education here for women so that they could get better paying jobs upon release.

Now, the only thing we have is a lifers group that can only fit 12 people. We have an organization that can’t function right because the staff coordinator doesn’t want it to work. In essence, it’s nothing here to support each other anymore. It’s the old against the young almost. Even down to fighting physically. The women here have lost hope. For a lot of reasons. Some rightly so. Others because they’ve become complacent and others are just simply lazy and want to jump on someone else’s band wagon when and if it rolls around. Most don’t want to do the ground work to get further. Myself, I am fed up with it, so I’m on my own almost. My great-great grandfather is the famous Dred Scott, so there’s no way in hell I’m going to lay down and give up with trying to fight for my freedom!

I believe the principles of Restorative Justice is needed in order for all affected parties to benefit from an offender committing a crime. Finding the root and destroying it by all parties involved; the offender, the victim, and the community. The offender understanding and being able to empathize with the impact of crime and really buying into that. Mediation between the offender and the victim or-surviving victim, if both want it. And most of all, reaching out, and helping the survivor go through a process of healing if they choose to.

How does the vision that you’ve just described differ from the current justice system?

Completely in every way. Even more so than now since rehabilitation is no longer part of the criminal justice’s mission. It’s Care, Custody, and Control. This state is making the money of life off of mass incarceration. Potatoes are no longer this state’s industry. The privatization of Mass Incarceration is this state’s industry. Sure, they’ve PUT IN a few programs here and there to appease those who have the right to frequent, prisons for inspection. But just ask yourself: What do they PUT OUT? Why is it so easy for offenders to come back? Better yet, why.is it so easy for poor and oppressed people (no matter their race) to become offenders? As long as the roots of evil such as poverty, drugs, child abuse, and codependency continues to grow in our communities like an airborne virus, the rich’s pockets will continue to be f at,. For lifers like myself, getting out of prison is like a lottery. There’s no real procedures the government goes by anymore. Sure, there are standards written for those interested in reading them. But they are created to “not work”.

If you could have dinner with any person (living or dead) who would it be and why? What would you most want to discuss, learn from, or tell them?

I would want to talk to my victim, Mr. Kerrigan and tell him how very, very sorry I am for having been in a position to have his life taken. I would explain to him that I was drugged out of my mind by a guy who had saved my life 10 days prior at my job during a stick-up, and that’s how I ended up in his station. I would explain to him how my codefendant got me in his station in the first place, by drugging me with mind altering drugs and how if I hadn’t been drugged, I’d of never ever went inside his store to rob him. I’m not that kind of human being. I would want him to know that there’s not a DAY that goes by that I don’t thank GOD for Blessing him and Healing him and his surviving family members and that’s serious. He’s included in each and every one of my prayers.

I would also tell him that despite I’m not the kind of person who goes around robbing and killing people, that his death wasn’t all in vain. His life literally saved my life because I was so codependent that it would have surely taken my life. I couldn’t say “no!” I’ve come to see all-of the women in prison serving life-sentences due to codependency and it’s so sad. I’d want him to know that I received my degree in Sociology just behind wanting to study people and understand what makes us do or not, do in our-lifetimes. I’ve saved a tremendous amount of women from repeating my mistake in life and it’s all because of Mr. Kerrigan.

The teaching of dealing with life on life’s terms out in society. People my age should be out there teaching their grandchildren the right way of living under “any” circumstance. If we live in poverty, we must learn how to survive living in such conditions because there are those of us who will never get out of the ghetto. But does everyone who lives in the ghetto become offenders? NO

I would love to see poverty, lack of education, hunger, addiction, and child abuse/spousal abuse end in my generation. Some dreams are deferred though.