Although the U.S. prison system is already an outlier globally as measured by its high incarceration rates and harsh sentencing, the punitive policies of Pennsylvania exceed the national average. Pennsylvania has the second highest number of people serving Death By Incarceration (DBI) sentences in the country and is one of only six states that categorically denies parole to people serving life sentences. In Pennsylvania, DBI is imposed as a mandatory sentence with no opportunity for judicial discretion or consideration of the specific or mitigating circumstances of the individual on trial.

Policy makers and mainstream media are finally beginning to question the racialized, punitive nature of U.S. policing and prison policies, but this critique has not been extended to DBI sentences. Between 1992 and 2008 alone, the DBI population in the United States increased 230%, so that today more prisoners are serving life terms than ever before. Even in states with declining prison populations, the number of people serving life sentences is still going up, and the number of crimes for which you can receive this sentence is also rising. In other words, DBI remains a pillar of the prison system’s logic of permanent exclusion/expulsion and must be vigorously challenged if we are to effectively confront the U.S. prison state writ large.

Like mass incarceration generally, DBI sentencing disproportionately targets poor people and people of color, but in even more exaggerated proportions. In Pennsylvania, almost 75% of people serving DBI sentences are Black or Latino/a. Thus, the challenge before us is not simply to rethink DBI or mandatory minimums, but to rethink the entire system. In the face of this oppressive national landscape, the LifeLines Project draws upon the wisdom and determination of David “Dawud” Lee, Kerry Shakaboona Marshall, and Robert Saleem Holbrook, three human rights advocates sentenced to DBI here in Pennsylvania, who write:

“[W]e struggle because we are fundamentally opposed to injustice and state repression, not because we are desperate for freedom. Every prisoner, regardless of his [or her] sentence, wants to be free, for freedom is the natural disposition of humans. As conscious and politicized prisoners however, we connect our freedom to the need to struggle against societal injustice. Therefore, if we were released tomorrow our struggle would not be over, we would continue to struggle against all forms of oppression i.e. political, social, cultural, gender, etc. We do not believe prisons are a unique problem within the United States, we believe the social contract that governs the United states is the ultimate problem and prisons are merely an extension of that problem.”

As the American carceral system has become a key instrument of social organization/control, a primary means by which the state manages both deviant behavior and perceived threats to the social order, we find vividly reflected within it all the ongoing patriarchal, homophobic and white supremacist investments of our national politics. Our movements must address not just laws and policies, but the oppressive and divisive structures that allow such policies to exist. 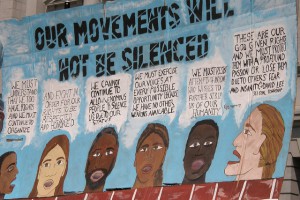 DBI sentencing is both expensive and ineffective even as understood on its own terms – with the yearly costs per person mounting ever higher as people in prison spend the entirety of their elderly years in confinement, beset by the many health problems that confinement produces. However, more importantly it is socially and morally wrong – representing a gross human rights violation that targets members of poor and marginalized communities and condemns them to a status of permanent irredeemability and exclusion. This is an intolerable reality that must be changed. In this respect, the LifeLines project not only believes in every individual’s ability to transform themselves, but also in our collective capacity as a society to transform the repressive structures that currently limit our prospects of possibility and survival.

Kempis Ghani Songster, an active member of the Coalition to Abolish Death by Incarceration who is himself serving a DBI sentence that he received as a child, reminds us that now is a critical time to act on those beliefs. “The winds of change are blowing across the planet,” he writes. “It’s carrying with it the fragrance of a more livable world, as well as the funk of a dying world that just refuses to let go.” It is our duty to force that dying order to release its grasp. We hope that this project will contribute not only to a growing and welcome fragrance of resistance, but also to the many movements and visions of a different world in the making that must by necessity accompany it.

We hope you will join us!