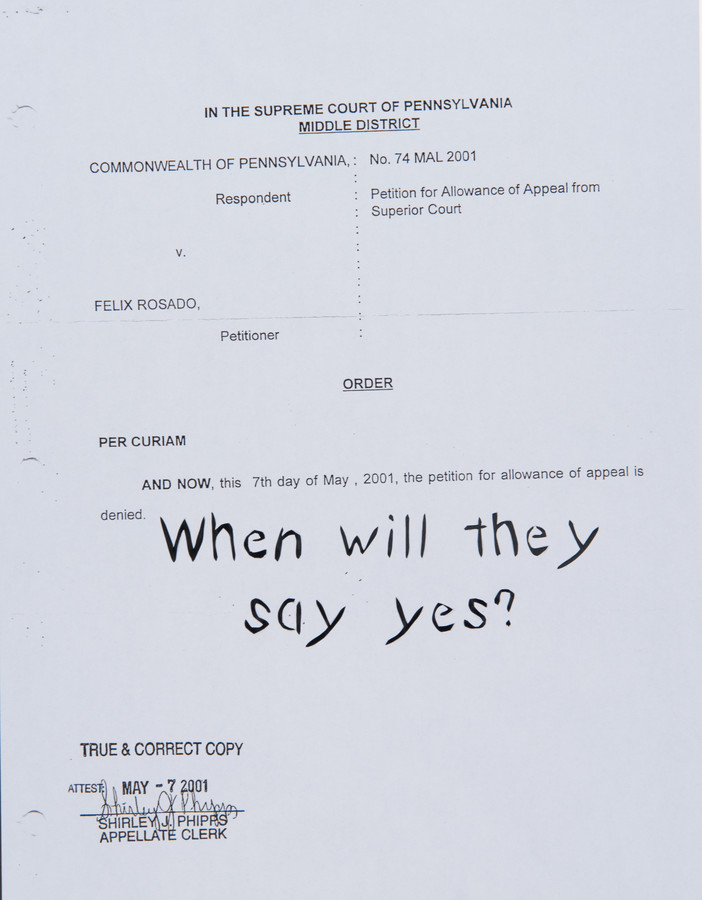 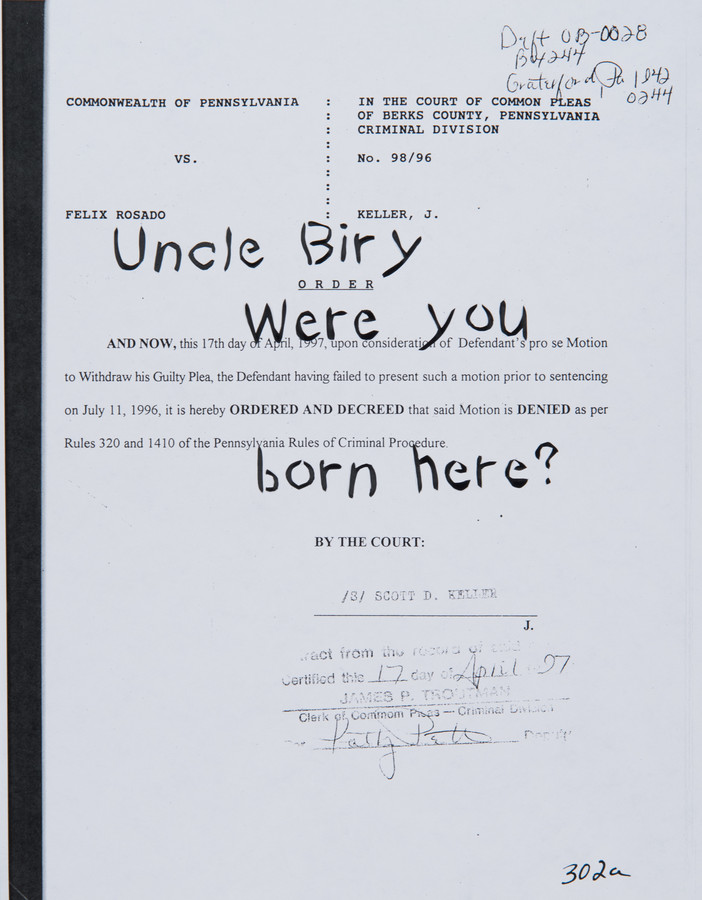 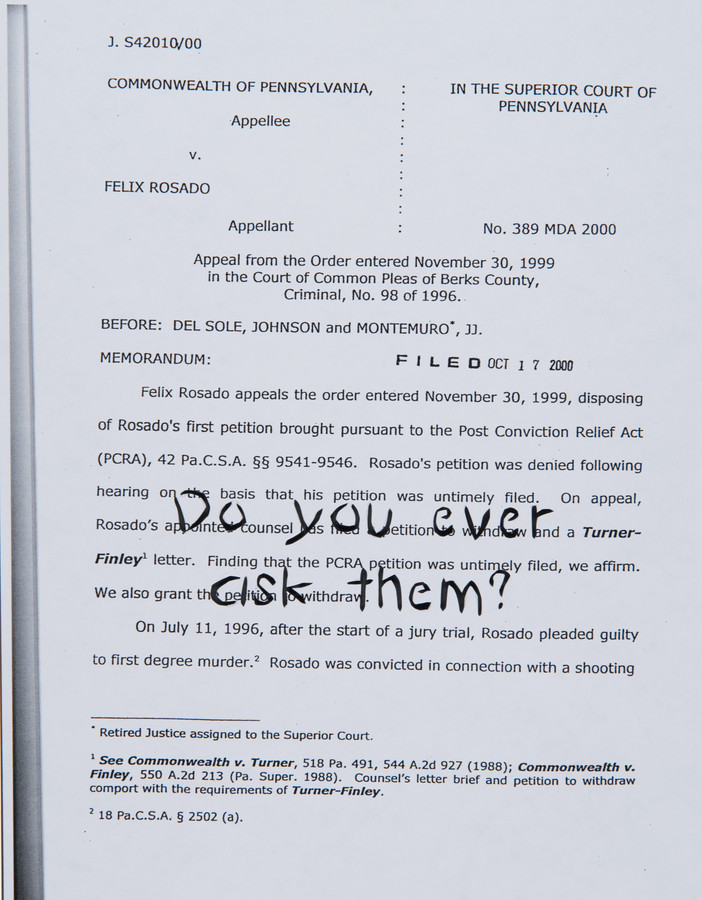 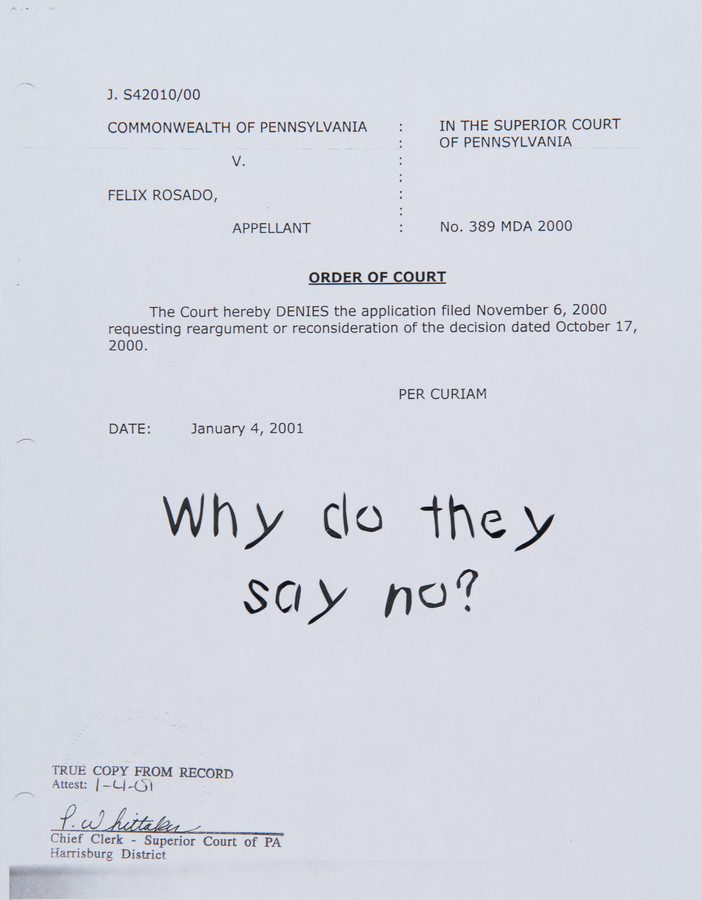 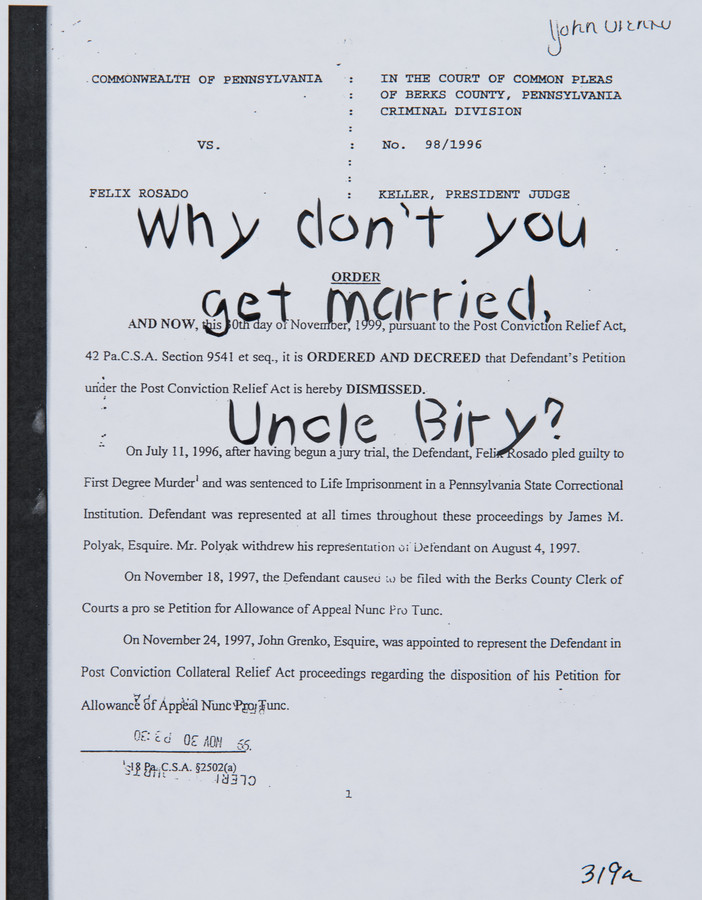 Felix “Phill” Rosado is cofounder and co-coordinator of Let’s Circle Up, a restorative justice project based at Graterford State Prison. Originally from Reading, PA, he has been fighting a death by incarceration sentence since 1995. He also co-coordinates the Alternatives to Violence Project and is a member of the Inside-Out Graterford Think Tank. In 2016, he earned his Bachelor of Interdisciplinary Studies degree from Villanova University. He is an advisor to Decarcerate PA, as well as to Eastern State Penitentiary’s Prisons Today Exhibit and Returning Citizens Tour Guide Program. As a member of Right 2 Redemption (a founding organization of the Coalition to Abolish Death by Incarceration) and Lifelines, he seeks to end the practice of caging humans until death.

Kate DeCiccio is an artist, educator and cultural organizer with a background in mental health. Her work focuses on using portraiture for creating counter-narratives to address issues including police brutality, interrogating whiteness, the prison industrial complex, and gentrification. Before working full time as an artist, Kate taught at San Quentin Prison, Leadership High School, and Capitol Hill Arts workshop, and worked as a mental health and substance abuse counselor in a residential program designed to support successful community reintegration after an acute psychiatric break. Kate’s approach to storytelling and portraiture is informed by her experiences working in social services and studying the importance of personal narratives. Learn more at http://kdeciccio.wixsite.com/k8deciccio.