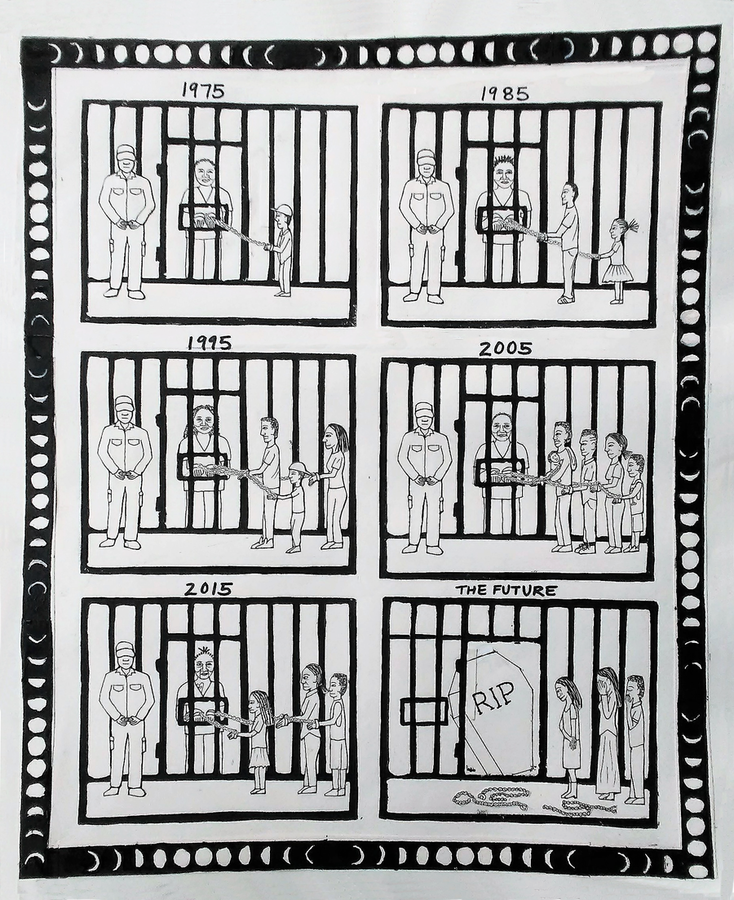 Marie “Mechie” Scott is an organizer, writer, and lifelong advocate for children of incarcerated parents. While she’s been incarcerated, she has written legislation, started support groups, and participated in numerous projects and organizations. She was born in Harlem, New York on the fourth of July and is the mother of two children. She is a writer and editor, as well as an aspiring pianist. She is featured in Howard Zehr’s book Doing Life: Reflections of Men and Women Serving Life Sentences. She has been serving a death by incarceration sentence for the last 45 years.

Robin Markle is an artist, organizer and revolutionary witch practicing their crafts in West Philadelphia. Robin’s practices are inspired by their queer community and the resiliency and strength that comes from people working together against oppressive forces. They often collaborate with local organizations, such as Decarcerate PA and the Coalition to Abolish Death By Incarceration, on art pieces to aid in political work. Collaborations have included a postcard series with anti-incarceration messages, a prison piñata, protest banners, and silk-screened patches. Robin has been a coordinator of the Philly Childcare Collective for nine years and regularly coordinates kid’s programming at their favorite event, the Allied Media Conference. When they’re not in a meeting, Robin can be found cooking up a scheme, a spell or a meal, and selling queer altar candles at FlamingIdols.com.